Warning: Parameter 2 to wpse18703_posts_where() expected to be a reference, value given in /home/customer/www/indiamy2ndhome.com/public_html/wp-includes/class-wp-hook.php on line 308

Warning: session_start(): Cannot start session when headers already sent in /home/customer/www/indiamy2ndhome.com/public_html/wp-content/themes/altair/header.php on line 11
 Can you hear it? | India My 2nd Home

Can you hear it? 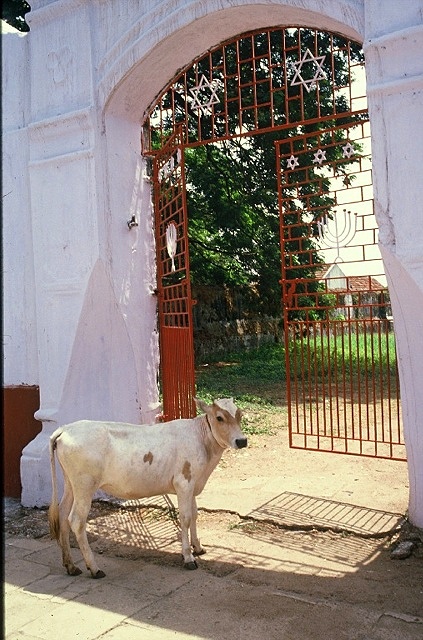 Upstairs in Kochi’s Paradesi Synagogue, Sarah Cohen leans forward during Sabbat services to whisper, “Can you hear it? Something’s going on at the Hindu temple next door.” Indeed, it is hard to miss the incongruous fusion of liturgy between this congregation and the one nearby. “We often hear their music and prayers,” she smiles, fondling a Star of David necklace that hangs over her sari. “And they can hear us, too.” Four hundred years ago, the Paradesi Synagogue was founded here, ordered by royal decree to abut an ancient Hindu temple. Although the arrangement may seem startling to Westerners, to Indians it is a way of life. Since the Jews’ arrival in India more than 2,000 years, the sounds of mantras have commingled with Hebrew chants, especially here in Kochi, or Cochin, a coastal city in the state of Kerala. With no experience of persecution – save for a brief period during Portuguese rule – Jews founds in India a haven in which their traditions flourished and developed unique forms.